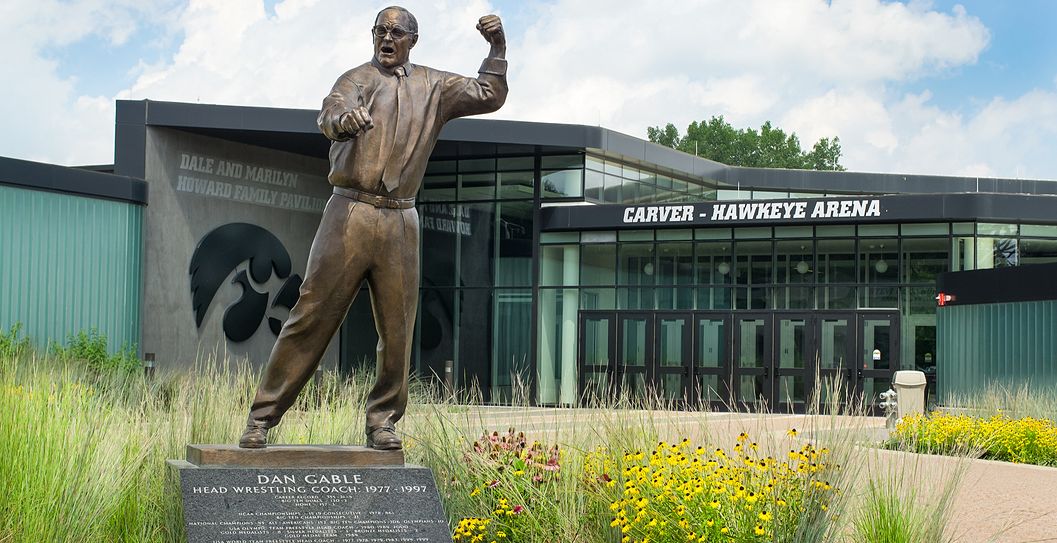 Dan Gable is a legendary wrestler, having only lost one match during his high school, college, and Olympic career. It’s been reported that the Soviet wrestling team approached the 1972 Olympics with one goal: to finally take down Gable. The plan didn’t work—Gable took gold after winning all six of his matches without giving up a single point.


He went on to lead a very successful coaching career, leading the University of Iowa’s wrestling team to 15 NCAA titles in 21 seasons as well as coaching the 1999 World Cup team and the 2000 U.S. Olympic team (who won four Olympic gold medals, one silver, and one bronze).


He attributes a large part of his tremendous success to regular sauna use in his training regimen. In Gable’s book, “A Wrestling Life 2: More Inspiring Stories of Dan Gable” he has written a chapter about his appreciation for sauna, the benefits, and how sauna has helped his career.


From his early days of wrestling to today, he enjoys saunas twice a day. In fact, he enjoys the benefits of saunas so much that Finnleo installed one in the Dan Gable Museum and Training Center in Waterloo, IA, as a key feature of the $1.4 million renovations to the facility. The high-tech updates are meant to encourage people to interact with the displays and better understand the history of wrestling.

During the interview Gable began describing the benefits of sauna usage, including:

Saunas Allow for Quick Recovery After a Workout

Gable says regular sauna use is a healthy routine for athletes in training, allowing them to recover quicker and train harder. “When they went to battle, when they went to war on a wrestling mat, its because they were able to train harder than the other teams. They recovered quicker. We had day-to-day better training because we had those sessions. And that makes a huge difference.”


When his teammates and competitors took 24 hours to recover from a grueling training, Gable was ready to again after only two. Athletes often hear that they should “cool down” after training, which typically includes slowing down the workout followed by some stretching. Most people, including Gable, don’t think of incorporating a sauna into their cooldown routine.


“They always talk about cooling down and everything, but nobody said, well why don't you go to the sauna? ‘Cause that's heat,” he said. “Besides feeling really good, I could relax and I could think and kind of go over that last two hours or the whole day or tomorrow.”

Saunas Provide Time to Relax and Prepare for the Next Challenge

Similar to how athletes will rewatch game tapes to improve their approach, Gable used his time in the sauna to not only relax his muscles but prepare for his next challenge. He was able to visualize what took place, how he could have done things differently, and how he could improve the next day to stay ahead of the game.


Once Gable transitioned into coaching, he began to better understand the positive effects of regular sauna use. “I started seeing some other things around the world—especially Europeans —that was always a part of their training,” he said. “As a coach I understood it and I started reading up on it.”

Some of these studies come from Dr. Richard Shields at the University of Iowa. One of Shields’ studies published in the Journal of Athletic Training found that people who are unable to participate in strenuous exercise due to factors such as injury, osteoarthritis, and obesity, noticed positive changes taking place in their body when their core body temperature increased. The study concluded that sauna usage mirrors some of the same physiological benefits as strenuous exercise.


“Nothing's going to replace the sauna—for me, it's a tool of health,” Gable said, particularly as he gets older and can’t push his body as hard as when he was a training athlete. “I always say for every sauna you take, it adds that much time back to your life. And if you can't exercise, at least sauna, because not only will you have heart rate increases, like a workout, but [...] if nothing else, you know that you feel better. And when you know you feel better, you know something's going right.”

If you're interested to learn more about Don Gable, ESPN has a great story about Don Gable's career and experience using the sauna in his sports training routine.

Beyond the physical benefits, as a coach, Gable appreciates how saunas aid in team building.

Even though people normally don’t talk a lot in saunas, Gable said the athletes he coached would be more open to hearing the truth and receptive to coaching in the sauna after training, calling the environment a “truth serum.” He said, “The quiet, warm space seems to take away some of the inhibitions and get more to that open dialogue.”

Gable’s only word of caution is that not all saunas are created equal. Gym and hotel saunas might not be getting hot enough to achieve the full effects of regular sauna use. “It might feel good, but it's not doing what it's supposed to be doing,” he said. “You've got to learn, you've got to get educated.”

Finnleo dealers are well-versed on the benefits and proper use of saunas to achieve maximum lifelong benefits. Find your local dealer to see and feel for yourself why Gable calls Finnleo his favorite sauna company in the world.